Effective agricultural risk management strategies play a vital role in fostering productive and sustainable investment across the food and agricultural value chain in order to ensure food and nutrition security, eliminate hunger and reduce poverty, and achieve the annual target of 6 percent agricultural GDP growth.A real paradigm shift is necessary in order to manage risks efficiently. The underlying approaches to risk management and resilience building need to be based on market, policy and institutional reforms. It is against this background that the Comprehensive Africa Agriculture Development Programme in the New Partnership for Africa’s Development (NEPAD/CAADP), in collaboration with FAO, decided to prepare this review of innovative approaches and guidelines for mainstreaming agricultural risk management.

Food and agricultural markets in Africa are affected by macro-economic disturbances, oil price shocks, disease outbreaks, and adverse weather events, such as floods and droughts, which may have become more frequent because of climate change. On a smaller scale, accidents, illness, death, fire risks, theft and divorce are examples of personal risks that can undermine livelihoods. The problem is compounded by limited access to healthcare services in rural areas.
Weather variability, price uncertainties, unexpected institutional and policy changes, personal risks, and so on strongly influence decisions pertaining to input use, investments and technology adoption. Production and price risks are major impediments to investment in land improvement, irrigation, farm equipment and inputs, including fertilisers and seeds. Agricultural risks are among the major reasons for poverty traps as they may influence decisions of smallholders in favour of subsistence farming with low risks but also low returns, rather than expanding investment into high-return farming enterprises. Unmanaged risks can lead to a cycle of shock, (partial) recovery, shock, eroding capital and natural resources with every shock. Production and price shocks compromise the food and nutrition security of poor consumers in urban and rural areas. Poor net food buyers could be forced to draw down on their capital (distressed sale of assets, such as land or livestock) to maintain food intake in the event of high food prices. Other common coping mechanisms may include a reduction of food consumption, cut-downs on school fees, and cuts in health care spending. Reduced income levels have greater impacts on rural women and female-headed households, as they are less likely to be net sellers of food, and have less access to land and other resources.

Apart from producers and consumers, a large number of industries (textiles, biofuel, beverage, food, etc.) along the food supply chain are affected by unchecked risks that can significantly disrupt them. The high cost of doing business (due to production and market risks) can prevent suppliers, processors, transporters and marketing companies from expanding and improving their services. More importantly, shocks impacting the agricultural sector can adversely impact national gross domestic product (GDP) with long-term consequences for the country’s economic growth. Agricultural production and price volatility may also induce instability in government tax revenues and balance of payments, weakening governments’ fiscal positions especially in countries heavily dependent on agriculture.
Africa is one of the regions in the world most affected by food price volatilities and production variability. Spiking and volatile food prices have created uncertainty and risks for producers, traders and processors, resulting in increased food insecurity for consumers. At the root of the food price and production variability are hydro-meteorological disasters which comprise cyclones, floods, landslides, wild fires and dry spells. Drought affects the largest number of people on the continent, followed by floods and storms. Geological disasters, such as earthquakes and volcanoes, are relatively less frequent and impact fewer countries. At household level, multiple covariant and idiosyncratic shocks have made farming, livestock rearing or fishing very risky in Africa. Crop failure due to erratic rains is often followed by very high prices, starvation and outbreak of diseases. Livestock and crop pests and diseases tend to be rampant in many areas. Rural households may suffer from vulnerabilities associated with chronic illness, disability and death. Valuable possessions such as crops in the field or stocks of grain and livestock can be stolen. Pastoralists living in the border regions (e.g. Uganda, Kenya and Sudan) are affected by cattle rustling which has become more common and dangerous. Fishers and fish farmers are affected by asset risks, production and management risks, market risks, and personal and health risks.
Dealing with production, market and other shocks would require various types of risk management techniques, ranging from those managed through market mechanism to catastrophic risks with high rates of frequency that require government intervention. In general, these strategies can be classified into four categories: (i) risk mitigation and reduction; (ii) risk transfer; (iii) risk coping mechanisms; and (iv) failure range. Risk mitigation (ex-ante) and reduction strategies are designed to limit the impact of the disasters and prevent risks while risk transfers (ex-ante) refer to the transfer of potential financial consequences of particular risks from one party to another to manage agricultural risks. Risk coping mechanisms include actions taken after the shocks (ex-poste) to mitigate or insulate the welfare impacts of the shocks. Failure range refers to catastrophic risks that occur very frequently, implying the activity under consideration needs to cease and households need to adjust to a new form of livelihood.

An effective risk management strategy allows producers to: (i) invest in higher payoff activities, instead of low-risk and low-return outcomes; (ii) invest in more resilient and dynamic farming systems, instead of depleting their assets and falling into a poverty trap; (iii) undertake longer-term investment, rather than being risk-averse with limited investment in land improvement or infrastructure; and (iv) access oans to finance procurement of inputs and investment. Reducing food price risks not only ensures food
security and reduces poverty among consumers, but also enhances investment along the value chain and fosters overall economic growth. Market failures due to the presence of asymmetric information lead to adverse selection and moral hazard problems in market-based risk management for agricultural producers. For instance, private insurance is generally not available, or is unaffordable for smallholders. On the other hand, index insurance products are being tried in many countries to overcome the problems of adverse selection, moral hazard, and high transaction costs. Government intervention is needed to lower the cost and risks of introducing risk management tools, address distributional concerns and create markets.
Unlike in other parts of the world, most producers, consumers and operators along the food value chain in Africa have limited access to government or market-based risk management tools. Insurance and other forms of protection against natural disasters are rare in Africa, and rural women in particular experience shocks more severely than men do.
Despite the high variability and inadequacy of rainfall, investment in irrigation sub-Saharan Africa is very limited. The irrigated area in the region, extending over six million hectares, makes up just 5 percent of the total cultivated area, compared to 37 percent in Asia and 14 percent in Latin America. Two-thirds of that area is in three countries: Madagascar, South Africa, and Sudan. Spending on social protection is generally low in Africa, only 2.8 percent of GDP compared to 7.6 percent in Latin America and the Caribbean, 3.7 percent in Asia and the Pacific, or 18 percent in Western Europe.

A review of best practices and country experiences has demonstrated that there is no agricultural transformation without risk management. Therefore, mapping the various risks faced by farmers, value chain operators, and the households’ access to food is fundamental. Governments support appropriate risk-hedging instruments, and engage in capacity development to increase the effectiveness of the different measures applied. It should, however, be noted that risk management strategies are context specific and vary from one region to another. For instance, developed countries and most countries in Latin America and Caribbean stress market-based instruments, such as commodity exchange, contract farming, and food and agricultural market information system, while many Asian countries rely on irrigated agriculture as well as government-based buffer stocks and strategic grain reserve to stabilize prices and support producers.

NEPAD, in partnership with FAO and the Platform for Agricultural Risk Management (PARM) hosted by IFAD, is supporting African countries and regional economic communities in mainstreaming agriculture and food-security risk management into investment plans to make sure that risk management interventions are planned, coordinated, budgeted and effectively implemented. For FAO, reducing risks by enhancing resilience to shocks and stresses of member countries is a new paradigm that is being promoted through its overarching goals to eradicate hunger, food insecurity, malnutrition, and poverty in an economically, socially and environmentally sustainable manner.

The last parts of the document summarize the procedures for effective integration of risk management tools into national investment plans. Effective integration of risk management tools into national investment plans should begin with a situation analysis of the risk profiles, inventory of existing management practices, institutional context and capacity (stakeholder analysis), policy environment, and regulatory and enforcement capacity. The extent and trend of price variability, production and yield fluctuations, income variability and vulnerability of consumers need to be part of the situation analysis, which is to be presented and discussed at stakeholders’ workshop. Major national studies and findings in the area of agricultural risk management and related areas, as well as international and regional best practices, are also to be presented and discussed at the event. The goal for showcasing them is the creation of a committee for developing a roadmap with a comprehensive strategic framework for identifying multiple agricultural risk management tools and facilitating a holistic approach to their implementation and mainstreaming into investment plans and policies.

Among the major elements of the roadmap are: (i) policy and strategic framework using a holistic approach to address missing markets and support agricultural risk reduction, mitigation and coping, and making certain that all food security and agricultural development policies, programmes, and projects do not inadvertently increase vulnerability of the poor, especially women; (ii) programmes for institutional coordination and capacity development for enforcing contracts; (iii) steps in finalizing the integration of risk management tools into CAADP investment plans; and (iv) analytical works and database on price and production variability and risk management tools. The roadmap provides a guideline for generating and sharing knowledge, exchanging experiences, and fostering dialogue among public and private stakeholders in the field of agricultural risk management. 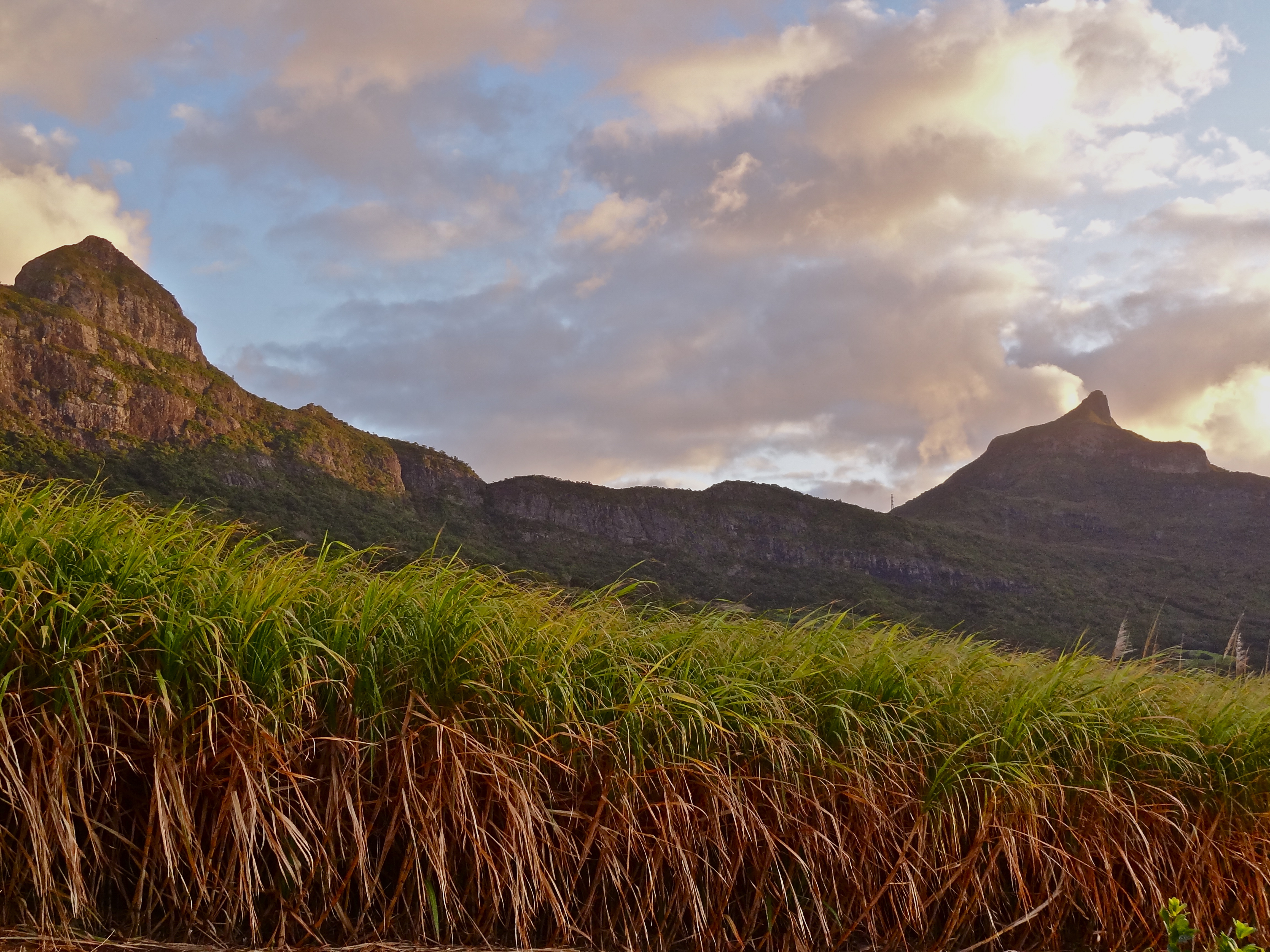