The Paradise Papers leak has exposed Mauritius as a haven for tax-dodgers. The leaks obtained by the German newspaper Süddeutsche Zeitung and trawled by the International Consortium of Investigative Journalists, publicised 13.4 million records from two offshore firms, Appleby and Estera as well as 19 corporate registries in offshore tax havens – including Mauritius. What they found is that Mauritius is increasingly being used by the super-rich from abroad to avoid tax, or simply to cover up dodgy transactions abroad. Just to take a couple of examples, three British TV stars were found to have diverted £2 million via Mauritian firms to avoid tax claims by the British exchequer. A former Kenyan minister of agriculture, Sally Kosgei, was found to have used Zonrisa Ltd, a Mauritius-based company, to buy a flat in London near the iconic Harrod’s department store. While Jean Chrétien, a former Canadian prime minister, was awarded stock options by the Madagascar Oil Company in 2007 in return for his consultation services via two Mauritian firms that the company had founded.
That, however, is just the tip of the iceberg when it comes to Mauritius playing host to dodgy cash from abroad. In fact, recent years have witnessed such largesse actually hollowing out the country’s institutions, with the government bending over backwards to wave such money through. Nowhere is this fast and loose attitude more evident than when it’s clear that the money is tainted. And, in these cases, the modus operandi seems eerily similar.

Take the case of controversial Angolan billionaire Alvaro Sobrinho. We first heard about him in relation to the Planet Earth Institute, an NGO supposedly engaged in promotimg scientific development in Africa. In 2015, the NGO boasted none other than President of the Republic Ameenah Gurib-Fakim as its vice-chairperson and instituted scholarships in her name. In return for that and for other favours, Sobrinho got the red carpet treatment, using VIP facilities at the airport 31 times between 2015 and February 2017.
This altruism, however, hid a darker side, where the real business was. The government in its previous budget changed the law to allow the Financial Services Commission (FSC), rather than the Bank of Mauritius, to issue investment banking licences. Shortly thereafter, Sobrinho applied for, and got, an investment banking licence. Things appeared to be going swimmingly until Sobrinho’s legal troubles abroad made headlines locally: Portuguese authorities had reopened an investigation against him, his role in embezzling funds from the Angolan central bank as well as the Swiss companies used to move that cash around started being called into question. Suddenly, Sobrinho went from foreign benefactor to hounded businessman, with Mauritius being one of the few places left willing to enthusiastically embrace him. The president hurriedly resigned from Sobrinho’s NGO promising an investigation. None came. And Deputy Prime Minister Ivan Collendavelloo swore that Sobrinho’s money was clean. 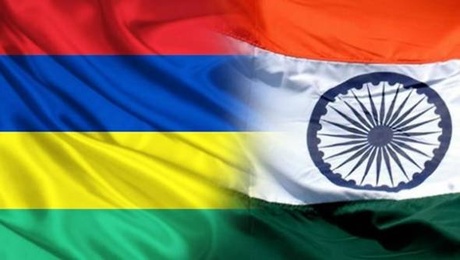